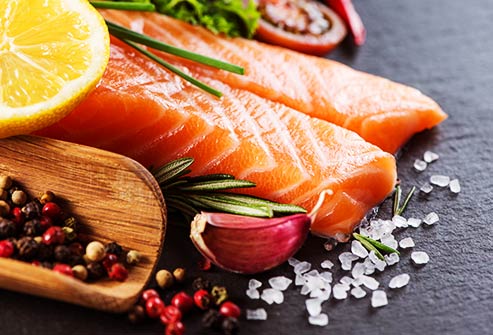 Why Are You on Keto?

Why are you eating a Ketogenic diet, and do you even know if you are the right candidate?

Something real quick here, how the average person is jumping onto the Keto diet train is extremely similar to jumping onto the Atkins diet train. Everything is in a cycle, just like fashion. The choker for example…we never thought that shit would come back and it did…and people ate it up. Just because people are talking about it and blogging about it and trying to monetize off of it, doesn’t mean it should be picked up and used by the general public. One thing from a business perspective I would like to highlight, the word Keto has now almost become its own brand. By slapping the word Keto onto a program can make a fitness influencer a ton of money right now…and they do. Does it mean they practice Keto? No, 100% no, because the fitness industry thrives on people’s obsession and desperation to lose the weight at whatever cost. So if your favourite fitness influencer is selling a Keto diet you are buying the diet.

But what is Keto?

Keto stems from the term “Ketogenic” which essentially means placing your body into ketosis, whereby your body is using ketones from your liver breaking them down further into compounds which are then used for energy. Why people encourage the no carb thing is because carbs digest quickest into glucose energy, vs. Fats and protein digest slow, so you don’t get that insulin spike as much as you do with carb sources. At the end of the day however, all of our food whether it be fat, protein, carb is at some point going to be broken down into glucose to be used for our cells energy demands. The idea of eating no carb and high high fat is to deplete our glycogen stores overtime, which eventually puts us into a ketogenic stage whereby the energy stored in your liver is being burned up before it can get to body fat storage.
Alright, cool. Sounds great in theory and it also sounds great for a particular body composition. But wait, how long does this entire process really take to truly meet a ketogenic state and REMAIN in ketosis? It’s NOT easy and I’m sorry to say it, but it’s not something the average person should be experimenting with. It could take weeks to months to reach Ketosis, and it HIGHLY depends on what the persons body composition was to start with. The Keto diet isn’t something you jump on because you feel lost and need a sense of stability. I hear people saying, “I have a vacay coming up in a few weeks so I’m Keto now,” which is exactly my point behind this blog. People don’t know why they are doing Keto, and are naive to the complexity and seriousness towards a TRULY ketogenic lifestyle. It’s NO joke, it’s not a fad, and it’s not really that exciting or cute. If people were truly, purely Keto, it’s usually because of large scale obesity, diabetes, autoimmune disorders. I just find Keto has been made so sexy and it’s really not a sexy diet…it would suck. It’s made “fun” and delicious by people in the fitness industry slapping Keto on their recipes that really are not authentic Keto.

I can just honestly say I’ve never achieved the body I have now by doing any trendy diet the general public has hopped on. I can also say I’m sick of even hearing the word “Keto”, or a mindless Netflix binger spewing out statements like “carbs cause inflammation!!” These diets are just riddled with impatience. Impatience and a massive lack of understanding for how to truly change your body for good. Change your body without causing osteoporosis in the meantime. I have never cut a macronutrient from my diet. I eat carbs and I weight train hard so my carbs are utilized and then put towards building even more muscle, which in turn makes me even more glucose sensitive/efficient so I’m put in a state where I need even more carbs. I don’t have a problem with bloat or digesting my food because I drink 3-4L of water per day, do you? I am now approaching 3 years of my business, and in 3 years of reviewing food diaries I can confirm the average person does not drink 3-4L of water. I can also confirm the average person does not weight train effectively or at all in order to increase lean muscle mass. I can also say the very high majority skip meals including their breakfast, and their food placement in the day is sporadic or binged. Which is another reason why I hate the encouragement of intermittent fasting…people are literally doing this already. The reason people say to intermittent fast is to speed up ketosis, but in my opinion this would only make someone’s body hoard more fat. I’ve seen so many food diaries, and I think what people need is to increase their lean muscle mass and place their food energy better in their day, not cut things out completely. Now we have super lean people going Keto because they have some stubborn fat to lose, and we have people who never eat during the day and binge at night encouraged to keep this behaviour up. I see how the average person behaves from their day to day, and the biggest issue is their work ethic in the gym, the little amount of lean muscle on their body, and the overall inconsistent nature of the diet. Just because a diet is super popular doesn’t mean you will automatically understand the science behind it and how its supposed work. It doesn’t mean it’s for you just because your entire office is doing it.

Ya but I’ve lost weight…

-how do you know if this weight is body fat or muscle mass? Did you know what your body composition was to start with?
-maybe your pants have become more loose, but have you become weaker at the same time?
-when you lose fat, are you revealing hard dense muscle? Or is it “skinny fat”?
-can you lift more weight? Are you even weight training at all?
-everything boils down to your body composition and what you are made of. If you are a lean person, you do NOT need a ketogenic diet unless you have autoimmune disorders.
-if you are obese, a Keto diet may be considered in the beginning until a significant amount of body fat is lost and muscle mass is gained. Then carbs can be re-introduced since the person is now more efficient at using the carbs.

Keto is not for everyone. Just because it’s popular to say “carbs cause inflammation,” doesn’t mean that statement is correct for everyone. I think there are lots of other areas where people can improve their fitness that will take them a lot further than turning to a Keto diet. I think it’s a diet that should be saved for certain populations with specific issues, and should not be something used as a pre-vacay crash diet. The fitness industry feeds on desperation, and there’s certain people who will preach and brand their message based on whatever is popular at the time. This doesn’t necessarily mean it’s going to be something good for you.