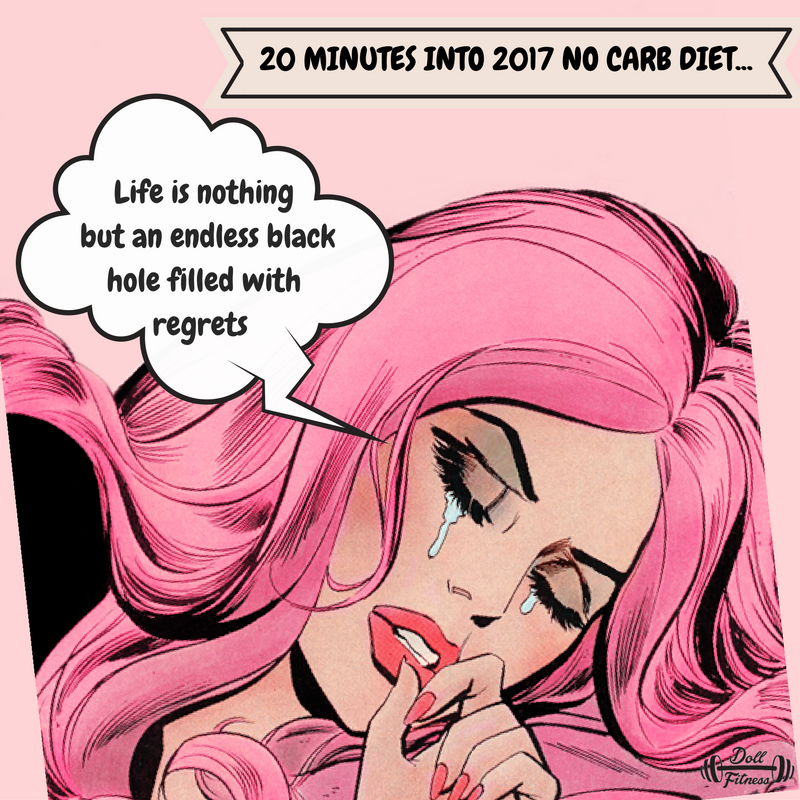 Binge Eating Disorder has for a while now been recognized under the DSM-5, but just because you binge eat on occasion obviously does not necessarily mean you have a disorder. However, there are underlying reasons why people who do not generally have disordered eating, still undergo binge eating more than they would like to admit. I’m only 1 year into my business, but in that year I have seen over 70 women aged range 17-64. I can confidently say, I have not seen one food diary or meal plan breakdown where I thought they were eating too much food in a day. If they were, it would be sporadic and random, but never consistent over eating.

Below are the most common patterns of eating I observed from the food diaries:

So how do the above observations relate to binge eating? Because the most common thing I observed always came at the very end of the food diary, which is the very end of the night. This is where if the client has not disclosed it already, I find out what sweet, salty, or savory indulges they have been diving into. There is a reason they are sitting in front of me looking for help, sometimes that is not always evident on the food diary itself and will need more probing.

These observations are not weird or out of the ordinary. In fact, the more food diaries I observed, the more I realized it is a pattern, and the pattern is a product of modern day starvation and undernourishment. This is when I started changing my consultation, and I began asking a lot more questions about their past behaviours. Have they ever done a cleanse i.e skinny tea, detox, juice cleanse? Have they ever done a fad diet of any kind? Have they used fat burners? Have they been on calorie restricted diets? How much cardio did they perform? Did they ever do boot camps or crossfit? These types of questions became increasingly more and more relevant to me, as I realized how damaged our metabolisms have become due to measures surrounding dieting. An incredible article came out May 2016 by a Neuroscientist surrounding binge eating, and the impact on its brain. To support my point further of how weight and calorie obsessive we have become, Sandra Aamodt states “Weight anxiety and dieting predict later binge eating, as well as weight gain”(1). On top of this, another study found teenage girls who labeled themselves as dieters were three times more likely to become overweight over the next four years (3). Essentially, a lot of what we are taught, either from our parents, friends, older sisters etc. is that we must be very calorie restrictive. We teach young girls we must be very self-conscious of our weight, and if you want to diet effectively, then you must eat very little.

The calorie in and out theory is basically saying burn more calories than you take in, so that your body uses fat as energy to power you through your day. I feel this idea of weight loss is still burned into our minds, and we cannot seem to get away from this myth. What is it that perpetuates this myth and theory into our society for generations and generations? The answer is simple, it’s dieting. Dieting in general and everything that can be categorized under the dieting umbrella has contributed to this. Infomercials, cleanses, Dr. Bernstein, Jenny Craig, Isagenix, Weight Watchers, South Beach, Meditteranen diet, etc. the list goes on. A 2003 study looked at the relationship between dieting and weight gain in teenage and pre-teen girls, and they found that “teenage girls who dieted frequently were 12 times more likely than non-dieters to binge two years later” (2). The point is, we are OBSESSED with dieting, and we love to encourage young women to buy into this notion as well.

So why do we binge eat? Because we are fucking starving! Binge eating is a response to starvation. Yes, the general public is starving, and we have been under nourishing ourselves since the first fad diet came out. Any food rules and weird myths have become so muddled up, and passed around through generations that no one knows what to eat or what not to eat anymore. We are confused, and scared of food. It is evident based on food diaries that we try and force our bodies to perform all of our daily tasks (i.e. wake-up, get ready for work/school, go to work/school, work/school for 8-9 hours, go back home) with very minimal calories. When we are most active and require the most energy, we eat the least. When we come home and relax, we eat the most. Not only does this type of energy output and input exchange cause exhaustion, but also creates a lot of unnecessary stress, releasing our stress hormone cortisol. Cortisol will contribute to more weight gain, but that can be an entirely different topic on its own.

Feeling lethargic, moody, low energy, disturbed sleep, getting dragged out of bed, are not normal feelings humans should go through, and yet, are the most common complaints people make every day. We are low energy and perpetually tired because we are running on fumes. Our energy levels, low moods and sleep patterns are a by-product of self-induced malnourishment and modern day starvation brought upon by the diet, food, and fitness industry. We tend to eat sparingly like we are always on diets, or we have very unorganized, unpredictable eating patterns. All of these factors will lead to bingeing and gorging. If people were not afraid to have more than 1 egg at breakfast, or were not afraid to have the yolk, or were not afraid to eat white rice, then there would be less all you can buffets, less afternoon muffin pick me ups, and less unhappy dieters with low self-esteem. If we are actually eating the amount of calories, fat, protein, and carbs we should be every day, there would be way less bingeing, less diabetes, less depression, less medication, more energy, more productivity, more positive and happy people, less sleep deprivation, and an improvement in food relationships as well as overall self-worth. Essentially even thinking about a diet governs a ton of underlying anxiety. Whenever calories are restricted for long periods of time, which is common for ‘dieting,’ stress hormones are produced as a result. These increased stress hormones, lead to an increase is fat deposits, most commonly in the abdominal area, and this fat gain is directly correlated to serious health effects such as heart disease and diabetes, regardless of the person’s overall weight. This shows us it is not even the types of foods we are bingeing on, but the physiological response to dieting that is making us fat.

Now on the flip side, when you take someone who is on a diet, their brains are also changing quite dramatically. Since diets are based on a set of strict rules you must follow in order for the diet to be successful, our brains circuitry is being physiologically changed to look at food as a set of rules, and now as a reward. This change in brain regulation have been shown to be more susceptible to external cues and often fall for marketing ploys put forth by big brand companies with an unhealthy hidden agenda. For example, in an effort to lose weight, you tell yourself “no carbs after 5pm going forward”. By doing this, you have now created a completely different circuitry in your brain surrounding food. It is now chemically, and structurally set up in your brain, to look at food as a reward, but also as something you must resist. So just like giving a dog a treat after it sits, we have programmed ourselves to look at food as comfort and a reward. When we are constantly resisting something that is so vital to our survival, regardless of your will power to stick to that rule, the will power is going to eventually break. What happens after you cave, you tend to binge eat. You have been resisting and trying to follow rules for so long that you over indulge, and then your reward centres start to ignite like a firework display.

What follows this inevitable binge is guilt, and what follows guilt is more disrupted and negative thinking surrounding yourself, your body, and now your relationship with carbs and food. By “failing” at this ill-fated rule you have set for yourself, the entire relationship with food has been chemically altered in your mind. We binge because we are constantly setting insane boundaries for ourselves, and putting ourselves in a type of food jail. Even the most driven and committed person will crack. Why? It’s impossible to never in your life eat carbs after 5pm, or never eat carbs again in general. And yet, people jump from diet to diet, convinced their past diet was simply the incorrect fit, not realizing that dieting in general is the problem. A person who is constantly dieting eventually creates an emotional relationship with food. What follows, is they associate their emotions with food, and therefore usually rely on food to cope with emotions. Stress eating, emotional eating, celebratory bingeing, basically anything they immerse themselves in has food as their side kick. Some of this may not be as evident to a dieter because they have a tremendous amount of will power. Unfortunately, no matter how much will power you have, there will be a binge in sight. I’m not trying to discourage you, it’s just what happens to starving people. When the long term dieter breaks, they will binge and binge, creating an incredibly dangerous environment for rapid and sticky weight gain. A starving body bingeing on Kraft (crack) peanut butter for example, means the bodies number 1 priority is to store body fat. Food as well as our diets should not be short-term. Our lives are hopefully not short term, so there should be no “short-term” behaviour when it comes to food.

In conclusion, we binge because we are starving. We under eat, under fuel, and disregard the amount of energy it takes for our bodies to function properly. Remember, our bodies do not care about your sensitivity towards your “problem areas”, it cares about keeping you alive. If we are under eating and constantly dieting, then we are putting ourselves in a position where we look at food in an animalistic way. We have set ourselves up to see food as either a reward, or as something to be afraid of. No matter which way you look at it, we have created connections that make us obsessive about food. On top of this, we are being bombarded everyday through various social platforms with more diets, and more fitness gimmicks. All of the above lead to heightened tendencies to binge, leading to increased negative relationships with food, and an increased negative outlook on ourselves.